Krafton developed the world-famous game PUBG which players are able to play on mobile and also on the computer with the use of some software. Now as the players and what I mean the Indian players might be very familiar with the BGMI (Battlegrounds Mobile India) which is the Indian version of the game itself has a huge community of fans around the whole country especially in the age groups of teen and young lads.

Since the introduction of these games to the market, the game has always impressed gamers around the world with a lot of interesting updates and features and this is the reason the Battle Royale community has always been popular and will be in the coming future with alot of updates coming this January and beyond. Currently, the players have version 1.7 of the game and players might get as expected the version 1.8 which might arrive as soon as January 2022. So if you want to know what version 1.8  holds then continue reading the article.

Now as you all know almost all players will want here in this chilling weather why not have a winter theme with all that snow and winter clothes for players and enjoy a time with friends and guess what PUBG mobile has already gifted players with Mythic winter theme on Christmas where the players will be able to play in the snow and have a great time with friends with alot of chit chats as the players want to do with the new skin.

The new update will have the players not cheat with friends as there will be anti-cheat technology in the update as there is alot of rising cases of cheating in the game players are making the game a joke and not letting the honest players win these cases have risen in past days and PUBG is not going to tolerate it and will have better protection of the software.

This is one of the most anticipated update releases of this year 2022 but however, the developers have not cited that it will release sooner or later so be sure to stay tuned for the update who knows what developers have in store for us. Vikendi will be the new improvised version of the classic Vikendi map where players have alot of memories and if Spiderman has not got you yet then you must be definitely looking forward to this update with the same map but different textures design and structures. Nostalgic right!

The 1.8 version is already available with most of the above features being discussed above been there so what are you waiting for just go for it and if you want to access the most latest features look no further as the update is there and you need not look forward anywhere else. There is no invitation code required and you can download it directly from the official website.

The January update comes from Krafton as a surprise update as there will be the addition of Spiderman: No Way Home mode addition to the multiplayer title. This was made possible because the developers of Krafton made a partnership with Sony Pictures. BGMI will be getting updated to the game for the optimised gameplay in iOS and Android smartphones. The game may include improved weapon handling in the game. The users will be getting the updates in different timings as Android users will get the update at 12.30 PM and 8 PM IST and iOS will get it at 4.30 PM. But the size of the file is not been stated as of now but you should definitely have enough space on your phone and a good internet connection.

Update and How to get Spiderman and MJ skin

The new feature is been added named aftermath which is the classic mode. There will be a new supply shop for gamers to purchase supplies when required and use currency from the maps. It is suggested that you will be able to recall a teammate after being eliminated. There will also be collaboration skin and special content will be made available to the players for being victorious and completing missions you will definitely have some surprise to be rewarded. The spiderman addon will have skins, harvesting tools, back bling and even you can have premium skins for spiderman and MJ(Michael Jones Watson) on item store.

On the previous Update 1.7, there was added special content from Riot games Arcane series from Netlfix. Gamers were able to play the game in mirror world mode and changed their characters from Arcane’s VI, JINX, JAYCE AND CAITLYN.

The game also added special characters locations and items to the game as part of the update.

The name of the game is itself legendary as there are players coming all across the globe and want to have a great time here in these difficult times and these updates have always made the players smile only. So I highly recommend you to play it as it will be fun as always and there is always a bit of excitement when it comes to PUBG and BGMI so stay tuned for more updates like these on our website as we post almost daily on many topics on Anime and movies web series and stay happy in these times I hope you have a good day and well the updates have always baffled the fans around and there are those skins and weapons maps and much more such content which keeps you hanging around with payers from all the countries and if its BGMI then from all the states and then those chats with friends and those desi languages are going to make memories for life and some even make close friends and there are accounts people have become big players and famous players and there are even accounts of players been proposing to their girlfriends online while playing what not has happened. Anyways I’m not against it they are making their memory with this and why not enjoy your life. See YA! 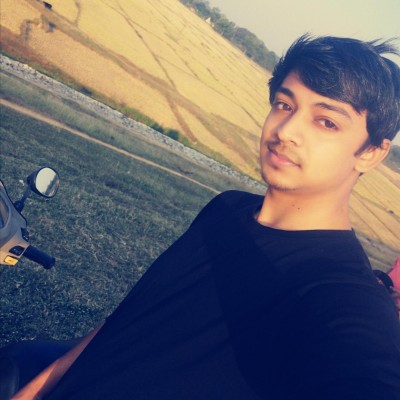 Next post Free Fire Update February 2022, Characters, Skins, And Everything You Need to Know